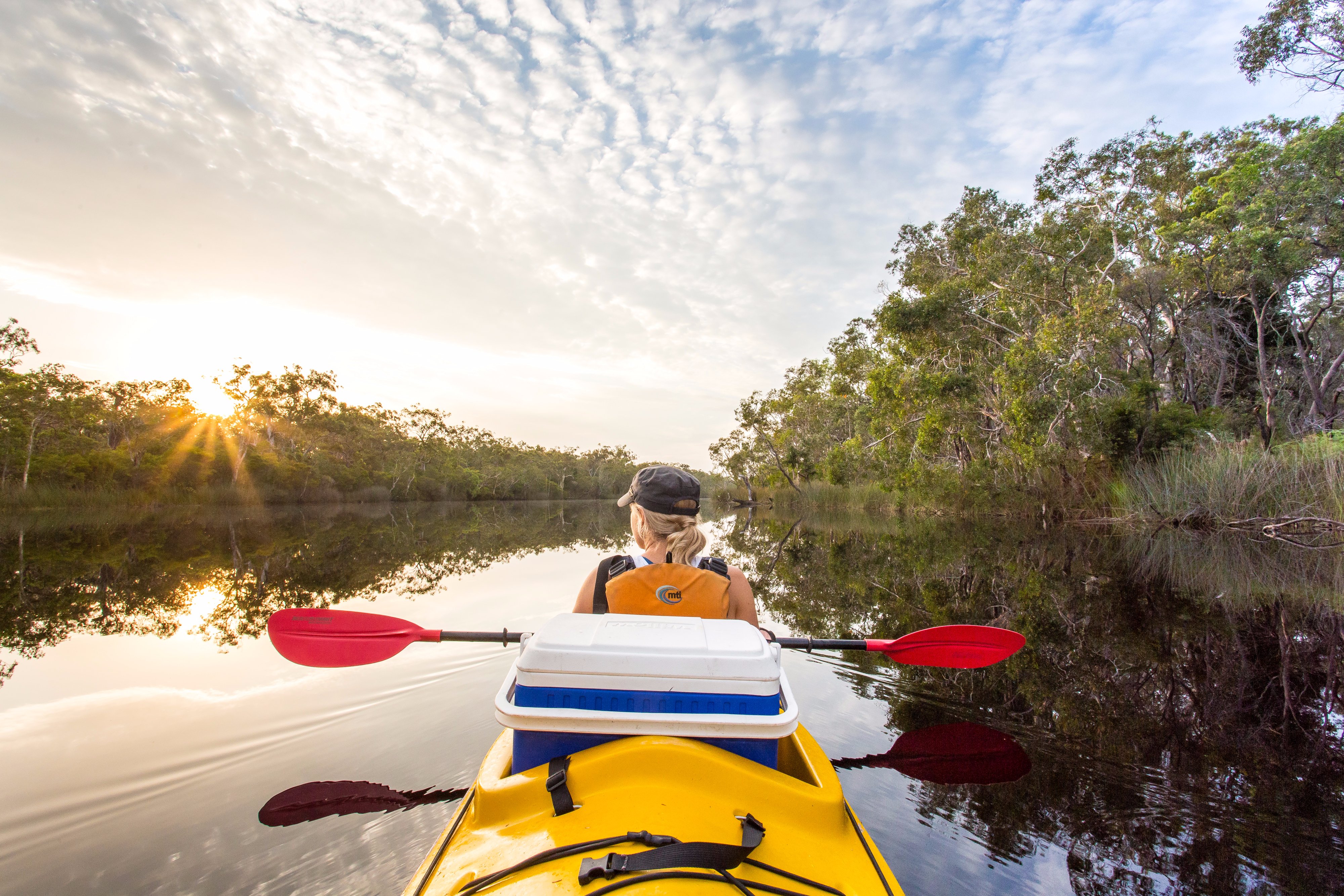 Explore with us the jungle-like stretches of the beautiful Estero River as we navigate its twisting and turning oxbows by canoe. Oak trees hang lazily over the river, spilling their long beards of Spanish Moss toward the water’s tranquil surface. Here, it is easy for us to imagine what Florida was like in the first days of pioneer settlement. Watch for abundant wildlife along the surrounding shores and swimming alongside your watercraft.

Push ashore at Koreshan Unity, an idealistic commune established on the banks of the Estero River during the waning years of the nineteenth century. This village now exists as a state park. Learn how Dr. Cyrus Teed attempted to bring to life his “New Jerusalem,” founded on the principles that he received during a “divine illumination” in 1869. The settlement buildings of the Koreshan Unity have been restored to their original appearance during the early years of the 20th century. Discover the intriguing reasons why this settlement is now a historic site instead of a living community.

Wonder at the rare and beautiful trees and plants that the Koreshans imported from around the world to grow in their symbolically geometric gardens. Witness how these pioneers used crushed shells that reflected light in the evening to create silvery paths that glowed in the moonlight and turned the nighttime into a composition dynamic with beauty. A lazy tropical river with breathtaking scenery; an intriguing historic village to discover; overall, this expedition is a great way to explore a treasured piece of hidden Florida.