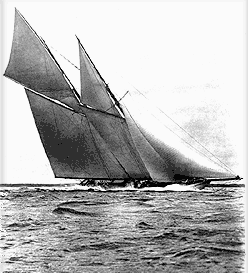 Skip across the shallow waters of Biscayne Bay in search of sunken history as we snorkel on the site of Miami’s first and only underwater archaeological preserve.

Built in 1906 in Kiel, Germany, the 366-ton, schooner-rigged steel yacht Germania participated in the prestigious Kaiser Cup races and Cowes regattas before being captured as a prize of war by the British in 1914. Auctioned in 1917, she was renamed Exen and brought to the United States by her new Norwegian owner. Purchased by a former Assistant Secretary of the Navy and renamed Half Moon in 1922, the yacht nearly sank in a severe storm off of Cape Hatteras. Sold again shortly thereafter, she served as a floating saloon/casino in Miami during Prohibition. She sank in the Miami River in the 1926 hurricane but was raised to become a fishing barge anchored in the Gulf Stream. During a storm in 1930, she sank for the last time on a shoal in 10 feet of water off of Key Biscayne.

Join us for a day of great shallow-water snorkeling as we bring the history of the Half Moon to life. Snorkel above this wreck amid the splendors of Biscayne Bay before returning to the mainland.