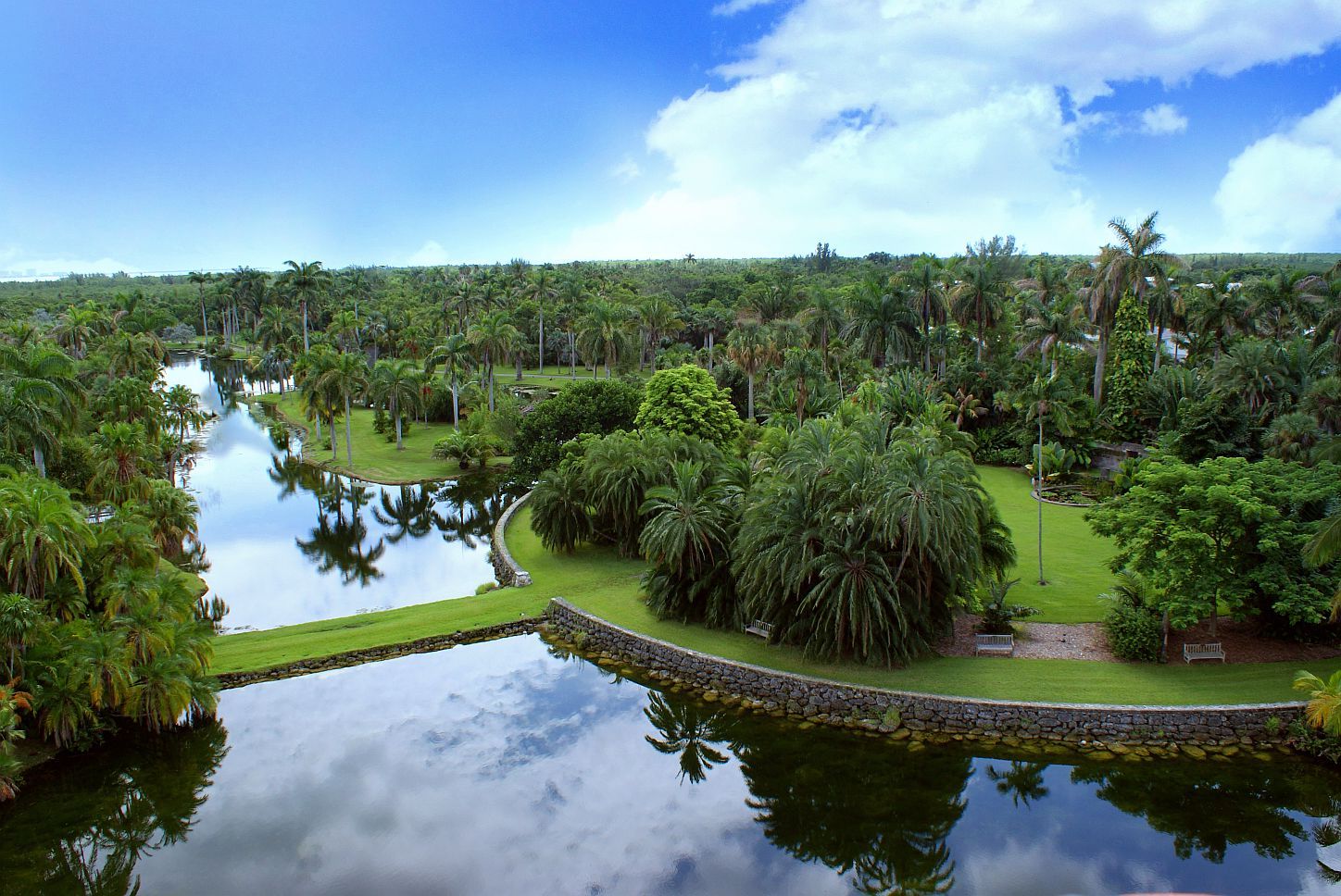 Join us on a tour of two of South Florida’s most secluded botanical treasures located in Coconut Grove and Coral Gables. These hidden gardens have been largely inaccessible to the broad public over the past 80 years.

Offering Miami’s most dramatic vista of Biscayne Bay, The Kampong contains a fascinating array of flowering trees and tropical fruit cultivars. Noted plant explorer David Fairchild searched the world for plants of economic and aesthetic value that could be cultivated in the United States. He borrowed the Malaysian word Kampong (meaning village) for his home in a garden. Over the past decades, countless scientists and world leaders such as Winston Churchill, Thomas Edison and Henry Ford have paid visits to the Kampong. It is now a part of the National Botanical Garden and the property is listed on the National Register of Historic Places.

The Montgomery Botanical Center is the living legacy of Robert and Nell Montgomery, widely known as the founders of Fairchild Tropical Garden. Housed on their 120-acre Florida estate in Coral Gables, it includes the largest and finest collection of palms and cycads in the world. Under the Center’s careful stewardship are hundreds of species, many of which are threatened or endangered. To protect and perpetuate the genetic diversity of its collections, the Center actively builds its populations of cycads and palms by mounting several collecting expeditions throughout remote destinations all over the world each year.